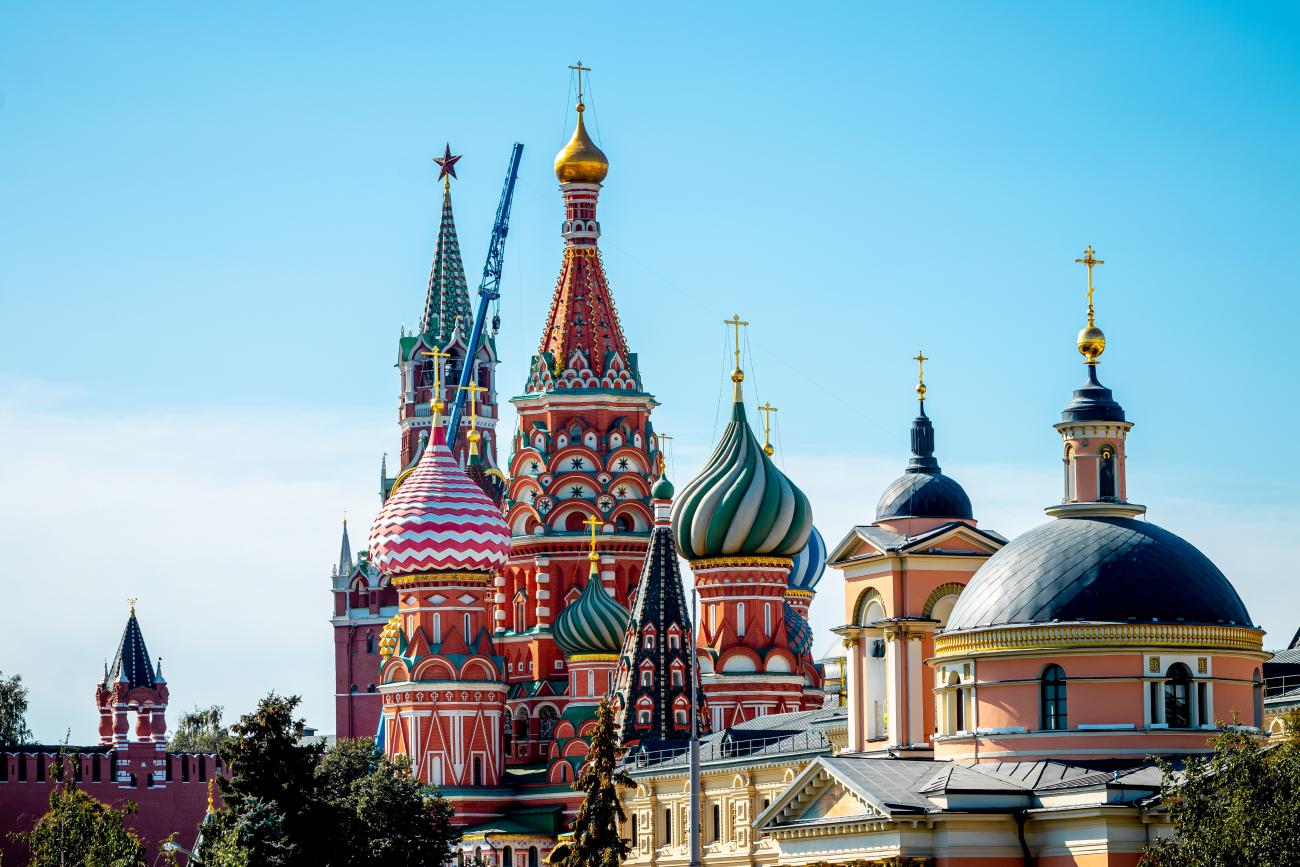 Our Russian program gives our students the opportunity to dive deep into Russian novels, theater, music, dance, art, and film. By learning the language, you can appreciate the culture so much more and understand famous world authors in their native language. Studying Russian langauge and culture, which is pegged as a critical language by the US government, can lead to scholarships, research, internships, studying abroad, or important government jobs. In our courses, we prepare you with knowledge in:

Language courses are part of the Flagship PLUS initiative (Partnership for Languages in the U.S.) with a goal of advanced proficiency and the opportunity to gain superior proficiency in the capstone immersion year of Russian Flagship at Al-Farabi Kazakh National University in Almaty, Kazakhstan.

A knowledge of Russian can lead to jobs in such agencies as:

Our students have also found jobs outside of the government such as:

Even in careers where Russian is not directly applicable, prospective employers appreciate the initiative, intelligence, and hard work that go into learning Russian language, literature and culture, and expect that ASU graduates can continue to learn and work effectively.

Students  often pursue concurrent majors and minors where expertise in Russian and Russia will make them especially competitive for scholarships, jobs, and graduate programs. These  include:

Whatever your personal and career interests might be, ASU's Russian program can help get you there! 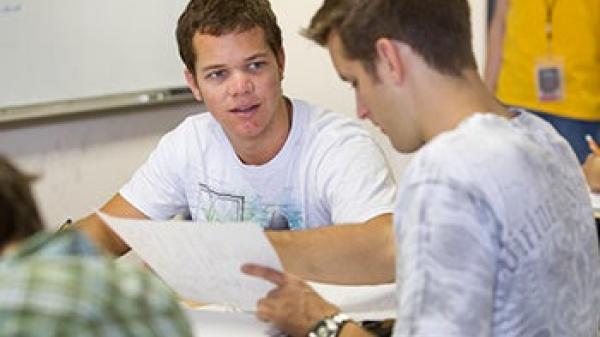 Stand out. Choose Russian. Thrill to some of the world's greatest art in the original language. Study abroad with prestigious scholarships. Travel Eurasia with the lingua franca. Stand in Red Square. Learn a strategic language. Serve in government, NGOs and international organizations and take your place on the world stage. 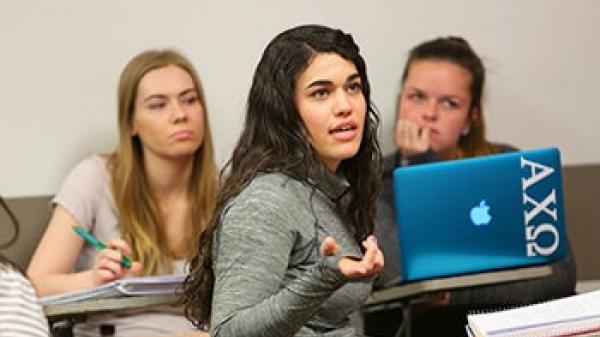 Choose Russian. Learn this strategic language. Study abroad with prestigious scholarships. Appreciate some of the world's greatest art. Travel Eurasia. Challenge yourself. Russian remains one of the less-commonly taught yet critically needed languages. Studying Russian can open doors to careers in government, NGOs and international organizations.

The Russian Students Association offers regular opportunities to get together to watch films, play games, go hiking, and speak Russian with native and heritage speakers of Russian. Students have local immersion opportunities at two Russian Orthodox churches and at Russian stores and restaurants.

The SILC Attaches Club is a club that brings all languages and cultures from SILC together. People are able to learn about different cultures in a fun way when studying a language. Understanding different cultures is such an important attribute to have, and it is one you can obtain through SILC Attaches. This club creates community events, outreach projects, and plans fun get-togethers.

Arizona State University's Critical Languages Institute is a national training institute for less commonly taught languages, offering summer intensive courses and study-abroad programs around the world. CLI instruction in Arizona and abroad is practically focused and proficiency-based. Students not only study a language but learn to live that language.

American Councils: Russian Overseas Flagship Program Flagship seeks to educate students who will be the next generation of global professionals, commanding a superior level of proficiency in one of many languages critical to U.S. competitiveness, security, and diplomacy. The intensive language program includes individualized tutorials, bi-weekly excursions guided by language instructors, and possible internships with local NGOs, government or businesses. The program features homestays with Russian families in St. Petersburg and Russian-speaking families in Almaty, Kazakhstan.

The ability to speak another language opens up more opportunities for scholarships and fellowships. Take a look at our SILC scholarships. ASU also offers an extensive database for you to search through and find the right ones to apply for.

Here is a list of a few scholarships specific for language:

ASU Russian StarTalk Language Camp: From STARTALK to Flagship offers a 15-day intensive residential program for motivated 8th-12th grade students in Arizona. This program provides a great opportunity for both heritage and non-heritage learners to explore and expand their knowledge in Russian language and culture through a highly structured theme- and task-based curriculum. During the program, students will receive instructions in Russian language and participate in fun, hands-on cultural activities. After the program, students will commit to continuing their Russian language learning.

The program boasts a living-learning setting, where participants gain first-hand college life experience on the ASU Tempe campus during the summer. All evening activities are monitored and supervised by resident advisors who reside in the residence hall with students. We hope that through this summer camp, high school students will see the value and fun of learning and exploring the language and culture beyond a structured classroom setting and eventually become life-long learners of Russian language. 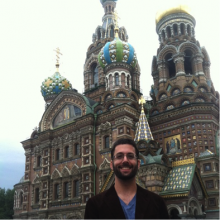 Graeme Fox began studying Russian in the summer of 2011 at the Critical Language Institute (CLI) and the following summer studied third-year Russian through CLI in Kyiv, Ukraine. Fox was awarded a highly competitive Gilman scholarship and was a runner-up for the even more prestigious Boren scholarship to study in St. Petersburg, Russia on CIEE (2013-14). Upon returning to Arizona, he became a Russian Instructional Support Specialist at the Scottsdale Unified School District and began a teaching certificate program, and in 2015, was hired as a Russian teacher at SUSD, where two public schools are the only ones to offer Russian language class in the greater Phoenix metropolitan area. In 2016, Fox was one of 12 finalists from U.S. teachers and professors of Russian selected to participate in the American Councils Abroad Summer Teachers Program, an in-depth language practicum and methodology program at Herzen State Pedagogical University in St. Petersburg, Russia. Full funding was provided through the U.S. Department of Education (Fulbright-Hays Group Project Abroad). He continues to teach high school Russian language classes in the Scottsdale district and is completing his permanent high school teaching certification.

What was your favorite thing about learning a language?

Favorite thing about learning a language (Russian): I loved those first moments when I could freely listen and answer other speakers of Russian without trying to translate my words from English. I finally felt like I was speaking a language and not just repeating learned phrases!

Sometimes learning languages can be frustrating as well as satisfying.  Even if some grammar, lexicology, tenses, or vocabulary keep giving you trouble, do not give up on studying or continuing to learn the language.  It took me a few years AFTER learning all of the Russian cases to finally feel more comfortable using them when writing and speaking. 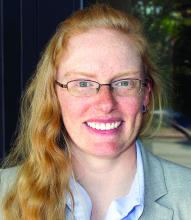 Amanda, who took introductory and intermediate BCS, graduated from ASU in 2010 with a BA in English (Linguistics), a BA in Russian, and a certificate in Russian and Eastern European Studies. She earned her Masters in Russian Language, Literature and Linguistics with the department of Russian and Slavic Studies at the University of Arizona in 2012, and returned to Phoenix, where she taught elementary Russian at ASU. She has also had the pleasure of teaching beginning Russian in the Critical Languages Institute at ASU's Melikian Center. She began a PhD in Applied Linguistics at ASU in 2013, and started law school at the University of Arizona's James E. Rogers College of Law in 2014. Her planned dissertation topic is linguistic issues of constitutional and statutory interpretation in U.S. and Russian law. Amanda will complete her law program in May of 2017 and will then serve as a law clerk to Justice Brutinel on the Arizona Supreme Court for a year before beginning as an associate at the law firm of Snell & Wilmer. 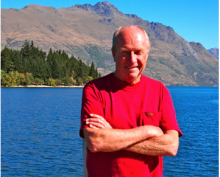 ASU alumnus shares why life-long learning is important to success

Thanks to his education at Arizona State University, alumnus Jack Erickson always knew he could learn from any experience. His drive to appreciate the world led him to participate and develop different careers in his lifetime.

In 1967, Jack Erickson received his Bachelor of Arts in Russian from the School of International Letters and Cultures in the College of Liberal Arts and Sciences. After attending a smaller university his first two years of college, he knew ASU could offer him many opportunities.

“My parents had indicated to me that I could go to any school as long as my grades were good and I had a reason to go there,” Erickson said. “I had good grades. I was vice president of my fraternity. I was dating a cheerleader. I had a lot of good friends and I just said, ‘Gee whiz, if I can do this at a small school, what could I do at a big school?’ So, I transferred.”

During his time at the university, Erickson juggled many responsibilities. His classes kept him busy, but so did his extracurricular activities such as being on the International Interfraternity Council and a role as the co-chairman of "Greek Week" his senior year.

“The first year was a challenge because the school was so much bigger and I didn’t know anybody, but I just kept studying and meeting people, quality people,” Erickson said. “I also had a couple of really good professors. It was a good experience.”

One professor at the university convinced Erickson to change his major from pre-med to Russian. After taking a class with Snaford Couch, a specialist in foreign language pedagogy, Erickson was motivated to join the Russian program.

“He inspired me. I learned so much under him,” Erickson said. “He was a great inspiration.”

After graduation, Erickson had multiple careers in different fields. He was a speech writer for three different U.S. senators, then became a senior editor at a large industrial trade association. After six years of editing, he started his own publishing company for books on the craft brewing industry, which eventually led him into the financial industry.

“I wrote a financial newsletter for when the industry was really starting to grow significantly,” Erickson said. “I mean it’s huge now, you can see that definitely in Arizona. I did the financial newsletter and then that lead me to the finance industry. So, I worked for a national broker in Silicon Valley and I managed executives’ money. I was the money manager.”

He attributes his liberal arts background to the skills needed to succeed in all of careers.

“If you go back to liberal arts and you study a variety of subject and topics, you learn how to do research and apply it,” Erickson said. “I learned how to talk to people, ask them questions, get information and then prepare a financial plan for them. So, all of the skills I learned in liberal arts, I applied to my career.”

Erickson began writing while he developed his career and published a few stories and novels before he retired. Yet his biggest inspiration struck him while he and his wife were traveling after retirement. While he was in a train station in Milan, Erickson had the idea to write a thriller series based in the city.

“I had this incredible lightning bolt idea and so I went back,” Erickson said. “I go back to Milan every year now. My writing about Milan, writing a thriller series, has really sent me to do some very deep research on all aspects of Italy and it is just one of the most fascinating countries in the world. I mean there’s thousands of years of history.”

Erickson has published seven short mysteries and six novels. His seventh novel and third book in the Milan thriller series will be published in December 2017.

“It’s a passion I have,” Erickson said. “I love doing it. I’m fulfilling almost, not quite a dream, but a passion I have to keep learning every day and Italy is just such a fascinating country.”

Erickson encourages students to seek out people and experiences that can teach them skills and lessons they want to learn. He says curiosity is what continues to inspire him to succeed.

“I want to know as much as I can about so many topics,” Erickson said. “Which, again, is the curse of anyone in liberal arts.”